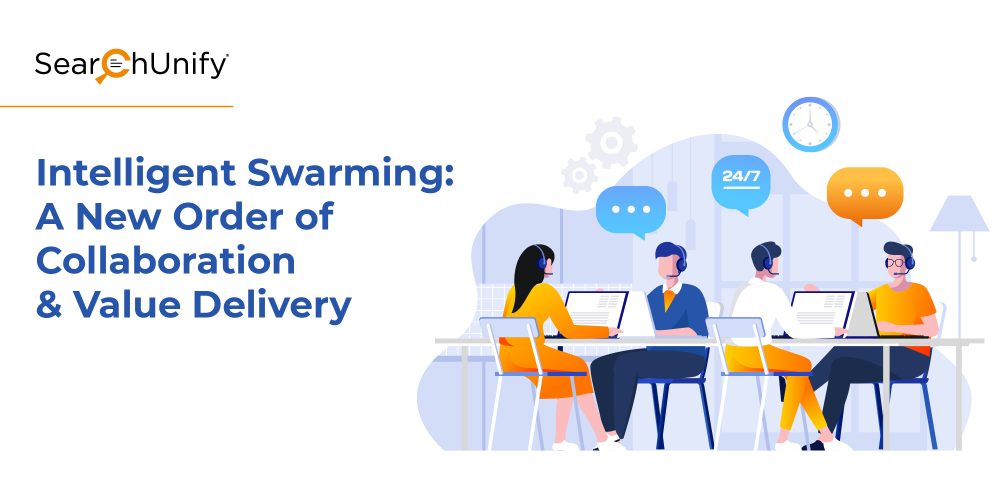 Change is inevitable. And nobody knows that better than businesses. They constantly need to adapt to the changing environment to continue operating. At times, this means forgoing age-long practices for new and more powerful methodologies.

The mainstream support model has started showing its age. It’s paving way for a better modus operandi to align resources with work: Intelligent SwarmingSM (IS). The framework makes its case while challenging globally accepted support practices and structure.

Sounds interesting, right? Time to see what it brings to the table. Let’s jump right in!

What Is Intelligent Swarming?

Intelligent Swarming is a collaborative framework within the renowned Knowledge-Centered Service (KCS®) methodology. It resolves issues by routing them to the right support engineer and calling on the network of experts to solve problems when needed.

The framework leverages the specialized skillsets of your service delegates & focuses on collaboration over individual contributions. As a result, customer effort & resolution time slope downward, a win-win for customers as well as the business!

But before we get into the weeds of IS, it is critical to understand what induced this paradigm shift.

Limitations of the Tiered Support Model

But that’s not the case with the tiered support. It’s turning obsolete. That might sound like a stunner because the multi-tier support model has been the norm for decades now. It had a good run, but its clock has ended now (hear me, sworn brothers of the Night’s Watch?)

Over time, the way businesses operate has changed. And because of that, the legacy support system has started developing cracks. To put it simply, there are three major propagators of this change. They are explained below.

First, many firms are now using KCS® to capture & retain what they know. This enables knowledge workers (support agents or engineers) to quickly answer questions that have been solved before. But when it comes to addressing new issues, support teams take quite a while. Organizations need to put more heads together to accelerate problem-solving.

Second, there is a surge in the usage and success of self-service channels. As they deflect most of the known cases, the ratio of unreported issues that reach the support center is at an all-time high. And like I mentioned earlier, these “new” issues generally require more research and time to be fully understood and resolved.

Third, brands can no longer prioritize internal productivity at the cost of customers’. A business that doesn’t pay heed to the efforts its customers put in to get help is not likely to leave a positive, lasting impression. And if a case gets escalated, the mediocre transfers take a big toll on the customer effort score (CES).

Clearly, the tiered support model had some gaping holes that started hemorrhaging customers and money. Intelligent Swarming not only plugs them but also sweetens the pot in several ways. How? Let me explain.

Support swarming is not an entirely new concept. Knowledge workers have always done that to solve problems; it can be in the form of chat, a trip to the desk, intranet, and so forth. They have done it despite processes and structures that impede collaboration in the now-obsolete support blueprint. Well, what if we started facilitating collaboration instead of inhibiting it?

That’s exactly what IS does. Often called ‘collaboration on steroids’, it does away with tiers of support and instates a single team of experts that put their heads together to resolve customer problems. This puts an end to the incessant routing, re-routing, escalation, etc.

To start things off, the cases are routed to the right people from the get-go. The said individual then owns and takes the case right to the finish line. If the case requires additional expertise, relevant experts are engaged along but the ownership remains unchanged.

And since there are hand-offs or escalations, the person who takes charge doesn’t toss the case over the wall. Instead, they stick around to see how the issue is resolved. This way, it helps the knowledge workers continuously hone their skills.

KCS® & IS: A Complementary Relationship

Earlier, the cases that used to reach the support centers were more or less known issues with documented solutions. But as KCS® implementations mature, the ratio of new issues is suddenly off the charts. The best way to manage all the requests is by connecting:

While KCS® lays emphasis on content, Intelligent Swarming complements it by taking care of the people.

IS makes a lot of sense when the support organization has to solve new and complex cases. A by-product of this swarm effort is not just a functional resolution but also an addition to the knowledge base, courtesy of KCS®. This ensures another knowledge worker doesn’t have to go through a similar ordeal the next time the same issue is reported.

Organizations and their support staff know about the importance of collaboration. They’ve collaborating all this while without a formal process in place. Intelligent Swarming just optimizes this communication so that people have a better way of working together towards achieving their organizational and personal goals.

One thing worth observing is that the IS framework is built on top of KCS®, which opens up a whole new stream of benefits. However, implementing it is an altogether different ballgame. Cognitive search simplifies it. Would you like to know how? Then check out this handy ebook. 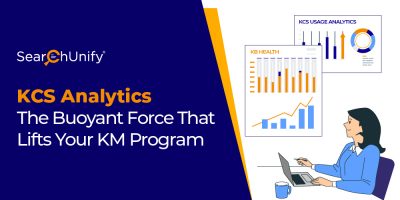 KCS Analytics: The Buoyant Force That Lifts Your KM Program

KCS is like Thor's mystical hammer the Mjolnir: not everyone is worthy of lifting it. But now you can become worthy by leveraging real-time analytical reports. Read more. 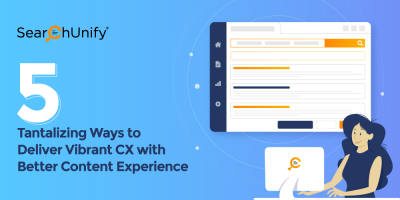 Looking to deliver a stellar customer service? This blog reveals 5 simple ingredients to turn CX on its head by leveraging the content experience. 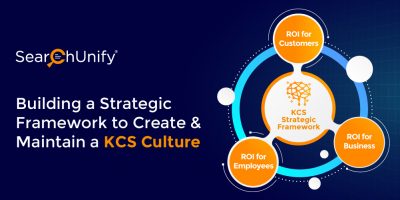 Building a Strategic Framework to Create & Maintain a KCS Culture

Read this blog to learn how a strategic framework can align KCS practices to your organizational goals and enable you to effectively achieve them.